Purba Bardhaman District is also known for holding various festivals and fairs over the years, the Bengali proverb baromaseyteroparban means ‘Thirteen festivals in twelve months’, the proverb itself refers to how many festivals are celebrated in the district over throughout a year. Therefore many tourists keep visiting the district to view the festivals, fairs and the historic monuments present in the city. There is a 108 Shiva temple located in the city where one can view 108 shivalingas in the temple complex. Jami Masjid located in Bardhaman city is also one of the most famous tourist destinations in the district. It was built in the 17th century by Azim-us-Shan, subedar of Bengal.

Places to Visit in Purba Bardhaman 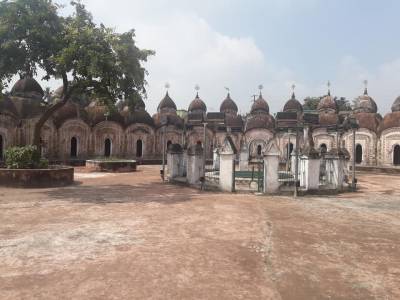 Kalna Shiva Temple, also known as the 108 Shivalinga temple is located near Bardhaman in West Bengal. A devotee will be able to see all 108 Shivalingas from the centre of the temple complex and these Shivalingas are made from White marble & black stones.