The district of Thoubal is in the north east state of Manipur in India. Thoubal town is the district headquarters. Many rivers flow through this district and several important lakes of Manipur are located here. It is well known for Khongjom being the battleground of the last battle of Independence of Manipur against the British army in 1891. A war memorial has been erected on a hillock at Khongjom to commemorate the sacrifice of the braves who gave their lives for the sake of their motherland. The town of Thoubal is the most important place in this district in respect of trading.

Sugnu is a prominent trade centre in the district of Thoubal. The beautiful view of the River Imphal can be observed from Sugnu. The Serou temple at Sugnu is an important pilgrimage site in Manipur. Waithou has a beautiful scenic view to offer to its visitors with hills and lake surrounding the place. It is known for its tasty pineapples. The magnificent eco-park on top of Kakching hill is a tourist attraction. It is also recognised as an important trading centre. Thoubal is well connected by roads with other major cities of Manipur. The nearest airport is about 30 kms from Thoubal, at Imphal. There is no direct rail service to Manipur.

Places to Visit in Thoubal 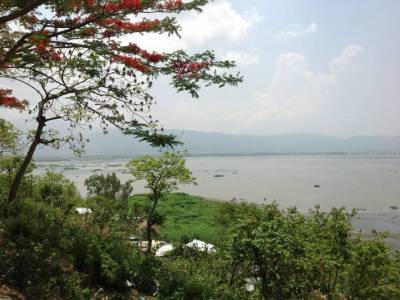 Ikop Pat is a large water basin spread over a sprawling surface area of almost 15 square kilometres and is located on the outskirts, 40km away from the city of Imphal, capital of the North Eastern state of Manipur in India.