Udhampur is a city in the Udhampur district of the union territory of Jammu and Kashmir, India. It is situated on the Shivalik range of the Himalayas. The mountainous terrain is surrounded by rich green forest of eucalyptus. Unlike the other parts of the district, the upper side of the district experience snowfall during the winter. Apart from the beautiful landscape, this place is full of ancient temples and sites which are believed to be from the time of the Hindu epic, Mahabharata. The Krimchi temple which is also popular as the Pandava temple is a complex of seven ancient temples. The Vaishnodevi temple is the most popular temple in this region. The temple is dedicated to Goddess Shakti and is visited by thousands of devotees every year.

Patnitop is a beautiful hill station in this district with river Chenab flowing in close proximity. Pancheri and Nanthatop are another two spectacular hill stations with picturesque landscapes. Baba Dhansar, Mansar Lake and Surinsar Lake in the Udhampur district are famous religious sites visited by many in different parts of the year. These places have popular mythological stories which are mentioned in the epic story of Mahabharata. The shrine of Pingla Devi in a cave is also visited by many. Udhampur is well connected by road and railways. Jammu airport is the nearest airport.

Places to Visit in Udhampur 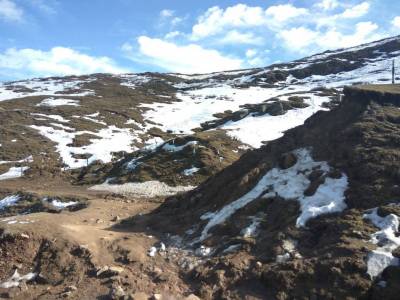 The Paradise of the East and Switzerland of India are often bestowed upon the state of Jammu and Kashmir for its sheer natural picturesque brilliance. Though all the medals go to Srinagar, Pahelgaon, Gulmarg and Sonmarg still there are other destinations that cater both mystic fl....