Anantnag is a district in Jammu and Kashmir. The name itself means 'Infinite water springs' or 'Numerous springs'. According to the local historians and Marc Aurel Stein the name of the city is derived from Hindu Theology, the spring of Shesha Nag, it means the 'Divine Serpent'. Shesh Nag according to the Hindu Theology was also known as Ananta Nag. Anantnag is also considered as the financial and commercial capital in the Jammu and Kashmir. People from different countries visit this Indian union territory to view the beauty or the streams present in the valley. The river Veth or Jhelum consists of the major three streams in Anantnag, Arapath, Brengi and Sandran. These streams have been the life support of the district for a long time now.

Martand Sun Temple is another site where a shrine dedicated to Surya, the god of the sun, was built. This shrine was built between the 7th and 8th century. The Stone carving designs showcase the architecture and the effort taken to build the shrine. AmarnathJi's cave is considered as a holy cave as the Ice Shivling in the cave presents how Lord Shiva presided in the cave along with Goddess Parvati. Kishtwar national park, Aishmuqam Shrine and Kherbawani Asthapan are other attraction sites which people visit during their trip to Jammu and Kashmir.

Places to Visit in Anantnag 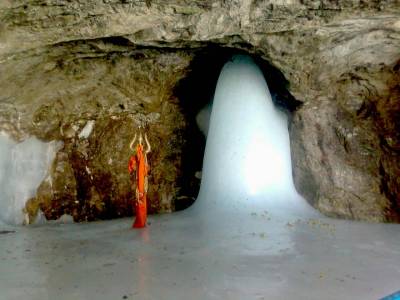 One of the min pillars of Hindu belief is the Shaivism sect. The devotees of Lord Shiva embark on religious journeys to far and wide places for seeking the blessing of the god. Many temples of Lord Shiva have been erected by many holy men amidst wilderness, which are still very d.... 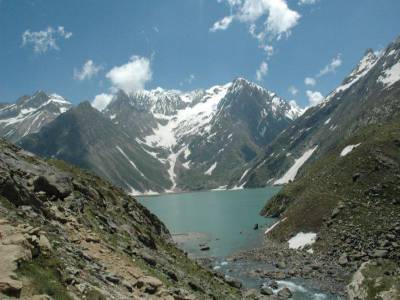 Sheshnag Lake is located in Anantnag in the Kashmir valley, Jammu and Kashmir. This lake is auspicious as according to the Hindu Mythology, it is said that the God of serpents lives in the lake even today.