Bharatpur is located in the Indian state of Rajasthan. With its history of valour and chivalry and the famous bird sanctuary Bharatpur has become an important tourist destination. It is also considered to be the ‘Eastern Gateway to Rajasthan’. One of the major tourist sites in Bharatpur is the Kaladeo National Park. It is a beautiful bird sanctuary which is home to over 230 species of resident birds. Different migratory birds are also seen during the winters thus making it a birds’ lover paradise. This UNESCO World Heritage Site is also home to numerous species of wildlife and distinct floral species. Elephant back ride and Jeep Safari are available to enrich the bird watching experience.

The Lohagarh Fort in Bharatpur is an attractive tourist destination. The fort has a solid foundation, surrounded by deep moats and was considered to be impregnable. It was built with great architecture intelligence without any extravagance. Presently there is a government museum displaying the artefacts of the rulers of the kingdom. The Banke Bihari temple, one of the most famous temple is Bharatpur dedicated to Lord Krishna. The Ganga Mandir placed almost at the centre of the city is a beautiful temple with great architecture. There are two Laxman Mandir one is believed to be 4th century built and another 300 years old. It is made of sandstone and marble with striking carvings on the walls and pillars. Bharatpur is well connected by roads and railways with the nearby cities.

Places to Visit in Bharatpur 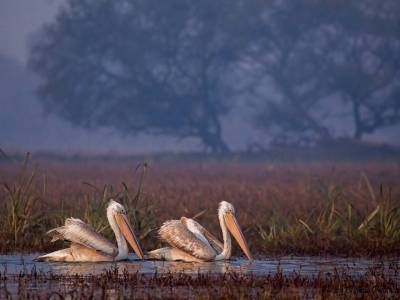 Rajasthan has a great many places to offer for the visitors visiting the state. Out of these the national parks and sanctuaries of Rajasthan are especially famous. Such a Bharatpur National Park is famous for bird species reserves and UNESCO listed world heritage site in India. 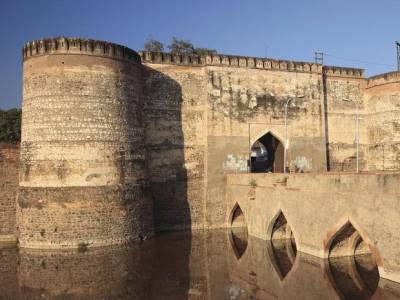 The Lohagarh Fort was built by the Jat Rural Maharaja Suraj Mal and located in Bharatpur, Rajasthan. The fort has a great history and strongest fort in India that never been conquered by any armies. There are tunnels joining different nearest cities to go which were used by army ....