Located at a distance of 136 km from the city of Ahmedabad, Botad is known to be district headquarters of the Botad city. Initially, the city was dependant on agriculture; however, with the establishment of large-scale industries such as the diamond industry, the place is now developing with increased literacy as well. Until 2011, the city has almost equal ratios of men and women which depicts that just the like the rest of Gujrat, this town also has educated people. Chabutaro, which is a popular bird watching site, has many species of birds. It is indeed an enthralling place to visit.

Kashtabhanjan Hanuman Temple and Baps Sri Swaminarayan Temple are also famous for their structure and are visited by many pilgrims. An interesting place that one can visit in the city is the majestic clock tower. One historical structure that marks the heritage of this place is the Pir Hamir Khan Shrine and Tomb which is visited by travelers whenever they are in the city of Botad. Due to the fact that it is a new one, it does not have many sites and attractions; however, if you are looking to set up a trade or a business, you can start from this town.

Places to Visit in Botad 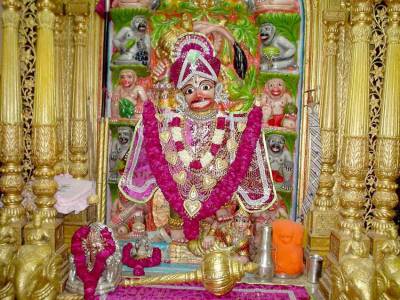 The Kashtbhanjan Hanuman Temple in Gujarat is one of the most enlightened temples in the whole India. There are no idols of any Vishnu incarnation here. Here Hanuman is present, both as himself and the proprietor lord. Being here people feel less burdened with sorrow.

Shri Swaminarayan Temple is a Hindu Temple dedicated to lord Krishan and is located in Gadhada town of Botad District, Gujarat.