Andhra Pradesh is the largest producer of paddy in the state. It consists of hills on either side of the river Godavari that runs till Bhadrachalam, Telangana, in the north-western part of this district. It is located in the coastal belt, so the climate remains humid for most of the year. Known for its lush greenery, this district is often referred to as Andhra's green belt. A large number of deciduous trees grow in the northwest near Maredumilli, and mangrove forests grow north of Kakinada to the east.

Places to Visit in East Godavari 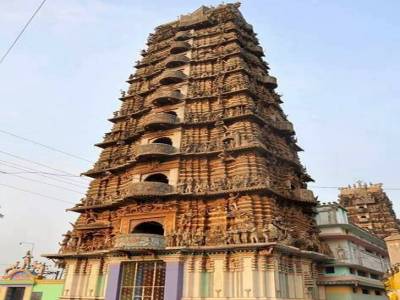 Shri Suryanarayana Swamy Temple of Gollala Mamidada is open to all the devotees from 6 am to 12 pm and again from 4 pm to 9 pm. Pooja and Archanas are performed on a daily basis.