Gorakhpur is a city located in Uttar Pradesh alongside the river Rapti in India. The name was derived from a Sanskrit word Gorakshapuram which means abode of Gorakshanath, and therefore the city is well-known for Gorakshanath temple. This city is located near the Nepal border. Tourists who travel by car visit Gorakhpur during their trip from India to Nepal. This city is also known for its historic Buddhist sites and many Hindu religious texts were published in this city by Gita Press. This city also acted as the headquarters for the North Eastern section of the Indian railway to develop the transport and increase tourism in the north-eastern states.

Gorakhpur is also known for the religious sites present in the city like Vishnu Mandir, Aroyga Mandir, Gita Vatika (Radha Krishna Temple), Budiya Mai Temple and other temples. Historical architecture and sites like Chauri Chaura Shaheed Smarak, Ambedkar Park, Taramandal, Lord Buddha Museum near Ram Garh Tal and Ram Garh Tal Lake are located in this city. There are other tourist places located nearby the city like Maghar (it the place where Saint Kabir passed away), Kushinagar (the place where Lord Buddha passed away), Kapilvastu (the capital of Gautam Buddha) and many more. One can also visit the railway museum located in the city.

Places to Visit in Gorakhpur 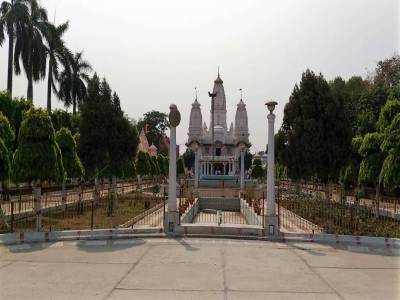 Gorakhnath Math Temple is one of the main attractions in Uttar Pradesh. Numerous devotees visit this shrine all-round the year. The temple has many historical incidents. There is no dearth of communication and tourism amenities for this temple. Do visit this to experience Hindutv....