Hassan is a district in Karnataka, a state in India. This district is known for its rich history and temples and was named after a goddess "Haasanamba". The name "Haasanamba" means smiling mother in Kannada, a language used in Karnataka. Two of the most powerful dynasties in southern India were present during the period of 350-1334 CE; one being the Western Ganga Dynasty and the other being the Hoysala Empire. It was also ruled by the Mughal Empire before being merged with the Mysore Kingdom.

Chennakesava Temple, Hoysaleswara Temple, Gommateshwara Statue, Hasanamba Temple, Jenukallu Siddeshwara Temple, Lakshmidevi temple, Varadharaja temple and many other well-known temples are located in this district, which is why Hassan is also known for being a resting place for the Gods and Goddesses. It is also said that the name Hassan was derived out of ‘Simhasanapura’, who was related to the great-grandson of Arjuna. Bisle Ghat in Hassan is known for its scenic view, due to the weather and beautiful sky it is known for attracting tourists. Chandragiri Hills in Hassan is the place where Chandragupta Maurya passed away with Santhara. Santhara is a religious practice where a person voluntarily chooses to die while fasting, the process is to reduce the food and liquid intake to nil and end their life.

Places to Visit in Hassan 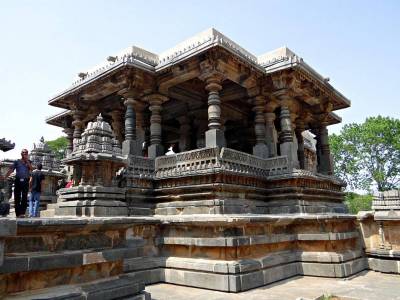 The Hoysaleswara is an ancient temple and dedicated to the Lord Shiva. The Temple was built by King Vishnuvardhana of the Hoysala Empire in the 12th century. The Hoysaleswara temple is a masterpiece, with finest carvings and excellent example of the skills of Indian craftsmen. 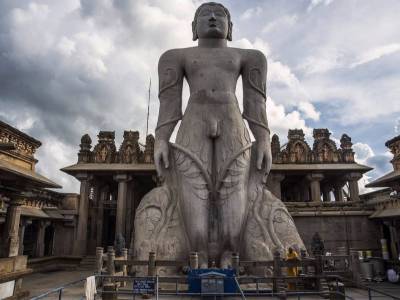 The Gommateshwara statue is one of the oldest Jain relics in India, located in the Hassan district of the Karnataka state. The place offers a steep climb about 650+ steps, but the view from the top is just amazing and picturesque. 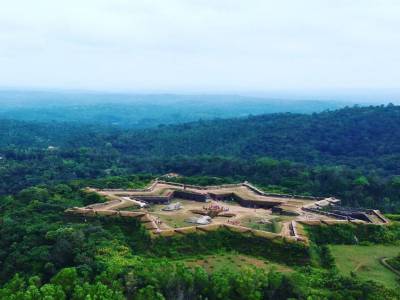 Manjarabad fort, homage of the Tipu Sultan era is the most Vaubanesque star-shaped fort of India. Built by the French architects, the fort is located at a stretch of 10 km nearby the Sakaleshpura town. It has plenty of monuments and artifacts inside housed within. 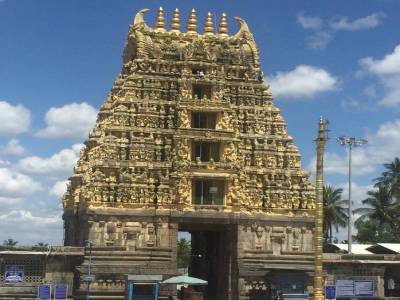 Chennakesava Temple is an ancient Hindu temple built in the 12th century by the rulers of the Hoysala Empire in the present Indian state of Karnataka. The temple complex consists of many large and small Hindu shrines. It has gone under several damage and reconstruction in various....