Hingoli is a district in Maharashtra, a state in India. This district played an important role during British India. Hingoli was under the Bahmani Sultanate during the medieval period. Later, this district came under Nizam's regime. A military base and border were built in this district and two major wars were held in this district, one is between the Maratha's and Tipu Sultan in 1803 and another war between Nagpurkar and Bhosale in 1857. Hence it was considered as the most famous and important place in the Hyderabad State during the British Raj. Due to the military base being situated in this city, people from different states like Rajasthan, UP, Andhra Pradesh, Orissa and other states migrated to this district. The main language spoken in this district is Marathi with Hingoli accent, Marwari, Hindi and Dakkhani Urdu.

This city is also known for celebrating the cultural festivals grandly across the district. For instance, Hingoli is known for being the second largest city after Mysore in Karnataka to celebrate the Dasara Mahotsav grandly across India. This tradition started in the 27th century and is still being carried on by the descendants. Jaleshwar Mahadev Temple, Shri Datta Mandir and Dakshinmukhi Hanuman Temple are some of the religious sites present in the district.

Places to Visit in Hingoli 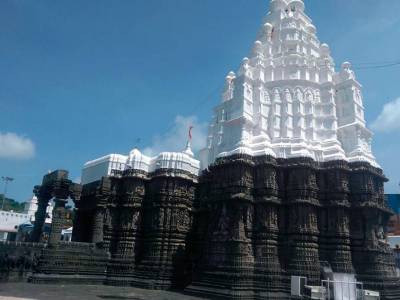 Aundha Nagnath Temple is one of the twelve jyotirlingas in the country. For the Saivites, this is a holy destination but many visit this temple to witness the sheer magnificence of the architecture. Its location in Hingoli makes it an easy reach within Maharashtra.