Idukki is one of the districts in the southern state of Kerala in India. With dense forest covering almost half of the district and hilly areas, Idukki is popularly known to be the ‘spice garden of Kerala’. It lies in the Western Ghats and is known for its Hydroelectric Power Projects. Munnar is amongst the topmost tourist destinations in the state of Kerala for its magnificent landscape, beautiful view of the tea plantations and wide range of flora and fauna. Munnar rises on the convergence of three mountain streams. Eravikulam National Park is one of main attractions in Munnar. It is home to many exotic species of flora like the famous Neelakurinji and endangered animals like Nilgiri Thar. Anamudi peak located inside the National Park is the highest peak in South India which makes it a great place of trekking. Mattupetty and Pallivasal are some other places visited.

Periyar Tiger Reserve in Thekkady is another major tourist attraction. Over 1000 species of flora and many varied species of animal and birds are found in this reserve forest. Elephants, deer and leopards can be sighted drinking water from the Periyar Lake. The heavenly aroma of the spice plantations and beautiful trails for treks makes it a popular tourist attraction. Idukki Arch Dam, the highest Arch Dam in Asia is also a popular tourist site. Idukki district is well connected by roads and railways with other parts of the Kerala and nearby states.

Places to Visit in Idukki 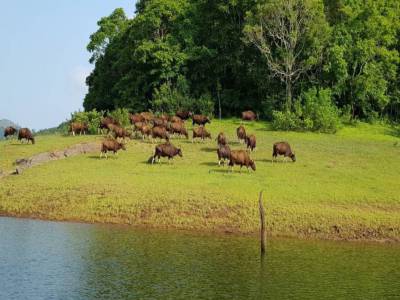 Lying blissfully on the banks of the breathtaking Periyar Lake is the magnanimous Periyar Wildlife Sanctuary. The sanctuary, located on the high ranges of Cardamon and Pandhalam, borders Tamil Nadu and provides a haven for numerous endangered species of elephants and tigers. 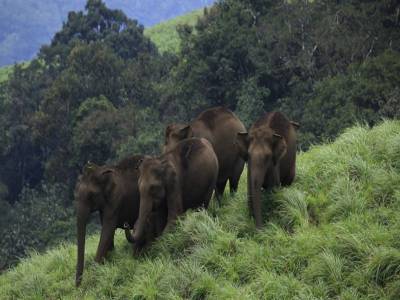