Known to be a former part of the Gaya district, Jehanabad is now an independent district located in the state of Bihar. The major reason for its separation from Gaya was so that the development of the slow-paced town could be accelerated. People in the city majorly practice agriculture because of the very fertile soil that the land has. History informs that the place was affected by drought and famine in the 17th century. Due to this, there was a lot of suffering and pain. During this time, the Mughal King Aurangzeb ruled the place and he created a league that was responsible to look after people who suffered due to this catastrophe. The name of the league was ‘Jahanara’, hence the entire town came to be known as Jehanabad, later on.

Although not much is known about the place, history has it that the town had a rich culture in the past. Archaeologists have found ancient relics and the magnificent caves of the Barabar Caves speak for itself. The Nagarjuna caves are also a part of this town and are visited by many tourists. Due to its extreme weather conditions, people avoid visiting this city during the summer season.

Places to Visit in Jehanabad 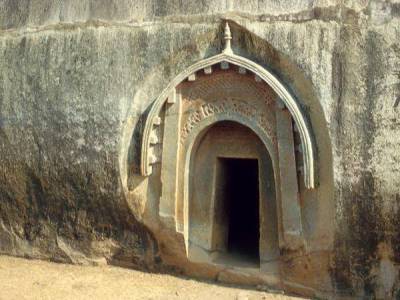 Very few nations on this planet are fortunate to have so many and such beautiful cave temples as there are in India. Barabar caves were built during the reign of the Maurya rulers. They are located in twin hills in Jehanabad District of Bihar, India.