Karauli, also known as Karoli formerly, is a city located in Rajasthan, India. Karauli is known for being connected to the Epic scripture Mahabharata. According to the epic scripture Mahabharata, Karauli was a part of the Matsya kingdom with Alwar, a city in Rajasthan. Jadon Rajput ruler, Raja Bijai Pal, founded Karauli around 995 CE as a part of his princely state. Jadon Rajput rulers and the Jadu Rajputs were known for being the direct descendants of Lord Krishna. Maharaja Arjun Dev Pal created a great wall to protect the city from the enemies during his reign and had a military force with 281 cavalry, 1640 infantry, and 56 guns. Historic monuments built by Maharaja Arjun Dev Pal can still be seen in the city, where most of these buildings were built in the mid-18th century.

A few of the famous monuments in the city are Shri Mahavirji Temple and Kaila Devi Temple. Shri Mahavirji Temple is the most famous Jain Temple in the State of Rajasthan where many Jain worshippers visit the temple during the pilgrimage tours. This temple is located at the bank of a river and the idol of Lord Mahavira is also placed in this temple. Multiple similar temples with rich history are also present in the city.

Places to Visit in Karauli 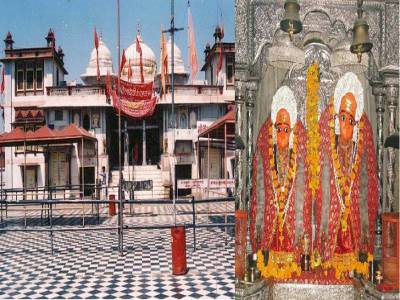 The Kaila Devi temple is one of most famous Hindu pilgrims site in Rajasthan. The nearest places like Karauli district and Gangapur city can be reached by roadways. The Kalisil river flows near the Kaila Devi temple. It is a temple dedicated to Kuldevi Mata of the Yadavs or Yaduv....