Kozhikode is a famous city located in the southern state of Kerala. It is a metropolitan city having a huge population of Indians. As per the census data of 2011, around 2 million people reside in the city. It is the second largest urban city of Kerala. The climate of the city is highly humid. It is quite hot during the summers as the temperature levels rise significantly. However, the city gets some respite from heat during April, when the pre-monsoon spells of rain land in the city.

Thamarassery Churam is one of the notable places for tourists in Kozhikode. The place is extremely loved by locals and also gets a lot of visitors from outside every year. Other places such as Kozhippara falls, Thusharagiri Waterfall, beypore, Kakkayam, Lion's Park, Sweet Street, Elathur, Mananchira Square, and Beypore Beach, Kozhikode Beach are extremely popular. Tourists visiting the city can enjoy the beauty of these places. They are admired for the outstanding sunset view, wildlife, flowing water, etc. If you are planning to visit the place, it is a good idea to visit in winters because the temperature will be slightly colder. While during summers the exhausting heat might not allow you to bring out the fun out of this place.

Places to Visit in Kozhikode 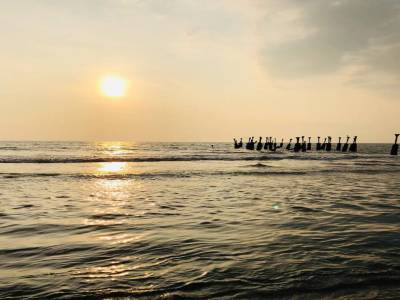 Kozhikode Beach is one of the Photographers favourite spots is also known as Calicut beach and is located in Kozhikode, Kerala.