Lahaul and Spiti is a district in the North Indian state of Himachal Pardesh. It consists of two formerly separate districts Lahaul and Spiti. The present administrative centre is at Keylong, in Lahaul. The beautiful scenic beauty of the high mountain ranges, valleys and ancient Buddhist monasteries make Lahaul–Spiti district a major tourist destination. Spiti is popularly known as ‘land of lamas’ and is an important centre of Buddhism. Numerous Buddhists monasteries or Gompas are found in this valley. Kye monastery is the oldest and biggest Buddhist monastery in Spiti. Over 100 monks receive their education here and it houses many ancient Buddhists scriptures, musical instruments and rare paintings of Buddha and other gods and goddesses including the ‘Thanka’ paintings.1000 year old Tabo monastery is nestled at an altitude of 3050 metres, houses numerous scriptures, pieces of art and wall paintings. The only Buddhist mummy of a monk in Gue which is around 550 years old and Chandra Tal Lake form a major tourist attraction in this district.

This district offers many challenging mountainous treks as well as exotic wildlife trails. Skiing is a popular in the Spiti valley attracting foreign travellers to experience it. The Yak Safari to see the flora-fauna gives a unique experience to its riders. This district is accessible by roads, one through Kinnaur district and another through Manali.

Places to Visit in Lahaul and Spiti 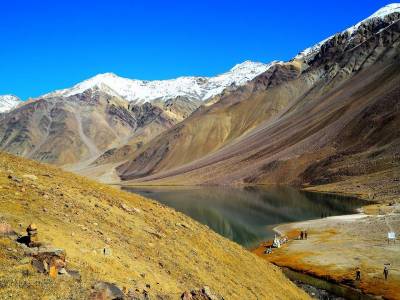 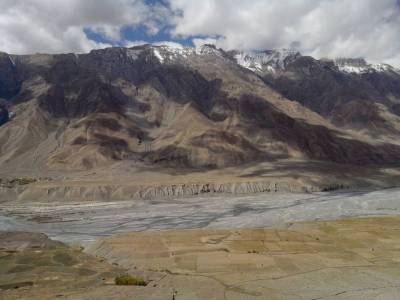 Lahaul valley is the most arid beauty pageant of Himachal Pradesh. The district is cradled by two rivers and the high trails will give you the best mountaineering rush even when travelling in a SUV.