Madurai is one of the oldest cities in the state of Tamil Nadu in India. The city’s existence dates back to 4th century B.C. The most famous among the temples is the Meenakshi Sundareswarar twin Temple dedicated to Lord Sundareswara and his spouse, Meenakshi. It was first built 2000 years ago and has undergone numerous renovations and extensions under various monarchs. “Ayiramkaal Mandapam” or the Hall of Thousand Pillars is the most amazing structure inside the temple complex. It is an architectural marvel with each pillar being ornamented with magnificent life like sculptures. Thirupparankundram Temple near Madurai is considered to be one of the six abodes of Lord Murugan. The cave shrine is believed to be in existence for many centuries. The beautiful carvings on the walls and pillars are mesmerising.

The Thirumalai Nayak Palace built in 1636 is a majestic structure and is an architectural excellence. The massive white pillars along the courtyard connected with ornate arches in the ‘Sorgavilasam’ and the “Stuccowork” on the palace’s dome are some of the striking features of the palace. Azhagar Kovil is a celebrated Lord Vishnu temple situated on the Solaimalai Hill. Madurai is well connected with other major cities in the south as well as other parts of the country by all three modes of transport.

Places to Visit in Madurai 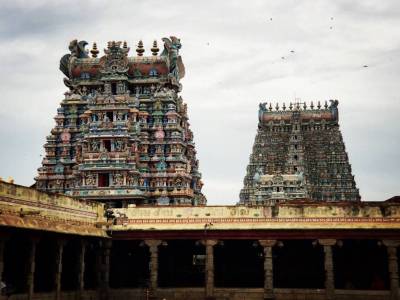 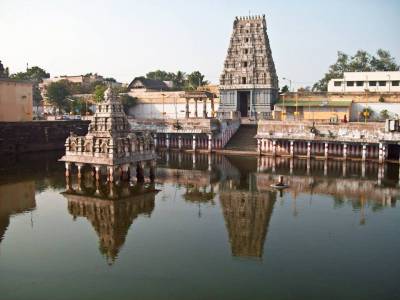 Kamakshi temple stands as one of the oldest and renowned temples of India. One of the three temples devoted to the Goddess Parvati, this temple holds a special place in the hearts of the worshippers. Located at a majestic place of Kanchipuram, laden with the ancient history, this....