Raipur is a beautiful city located in Chhattisgarh. It is a huge city in terms of its size and is known as the capital city of Chhattisgarh. The city was earlier a part of Madhya Pradesh before the year 2000. The city contains a population of diverse people from all over India. It is doing wonders economically and is a home to several industries. The city has shown tremendous growth since the past few years.

A lot of international brands and global automobile companies are running their business successfully in the state. It is a great place for shopaholic people as they get several options. The climate of the city is quite a mix of wet and dry. Temperatures are moderate generally but they can rise to a high level of 48 degrees during summers. So it is advisable to visit the place during the monsoon and winter season when the temperatures are considerably better.

Tourists visiting the place can visit Ghatarani Waterfalls, Magneto Mall, Ram Mandir, Chhattisgarh City Center Mall, Urja Park, Purkhouti Muktangan, etc. These are some of the most popular and largely visited places in Raipur. Besides these tourist attractions, Raipur is also known as a charming place due to the festivities and events celebrated there with grandeur and zeal.

Places to Visit in Raipur 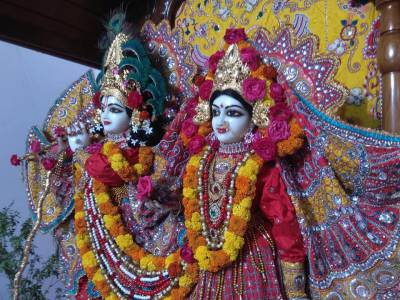 The ISKCON Temple in Chhattisgarh is one of the most famous temples dedicated to Lord Krishna. Followers of Lord Krishna are seen to flock and gather in huge numbers in the temple throughout the year. The temple is indeed a fascinating one.