Ranchi district is located in the Indian state of Jharkhand. The administrative headquarter of this state is situated in the capital city of Ranchi. It is well-known as the ‘city of waterfalls and lakes’. There are several beauties of nature found in and around the Ranchi city. With waterfalls, mountains and forest areas, Ranchi has become a popular destination for nature lovers. Dassam Fall, also known as Dassam Garhis is located 34kms from the city of Ranchi near Taimara Village. The source of water comes from the River Kachni. Falling from a height of 144ft, the fall when look at has an appearance of 10 more water streams running down together. Hundru Falls, the highest waterfall in the Jharkhand is situated 45kms from Ranchi city. It is a very popular tourist destination in this state. The lake which has formed from the water of the fall and the surrounding area is often crowded by picnic goers during the winters. It also offers a trekking route for the adventure seekers. Jonha fall is another waterfall located 45kms from Ranchi.

The picturesque view of the surrounding from the top of the Tagore Hill captivates the mind of visitors which makes it popular as a tourist destination. Ranchi Rock Garden formed out of rocks cut from Gonda Hill has varied forms of sculpture and waterfalls to offer its visitors. Ranchi is well connected by all three modes of transport.

Places to Visit in Ranchi 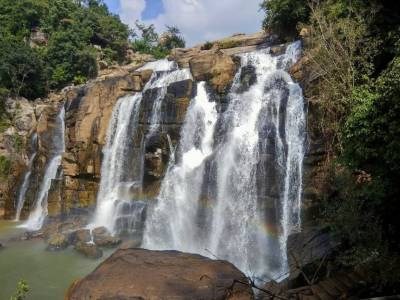 The Hundru falls is a must visit destination of Ranchi where Subarnarekha river is falling down from quite a great height. It's situated about 45 KM from the Ranchi the capital city of Jharkhand. 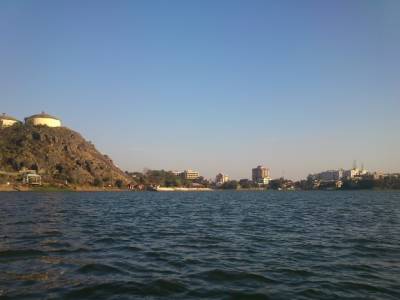 A beautiful lake in the heart of Ranchi where you enjoy your evenings. The cool breeze and a walk on the banks of this lake is a really bliss. 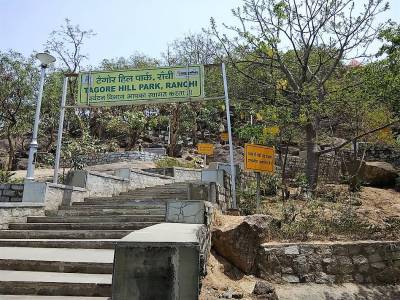 Tagore Hill is very good, quite and has a good view of Ranchi city. To reach the top of this hill, one has to climb about 200-300 steps upwards as well as coming down.