Solapur is a city in Maharashtra, located near the border of Karnataka. This city is very famous for its production industries like Chadder (bedsheets), handlooms, power looms and Beedi (cigarettes). Bedsheet and towels produced in Solapur are even exported to different countries apart from being sold in India. This city is well known for its tourist spots like Temple of lord Siddharameshwar. This temple, is the oldest temple, and was built in the 12th century. It showcases the talent of the medieval people and their architecture.

To make the tourist have an amazing time at this temple, the boat ride is available in the lake which is situated in the centre of the temple. There are many other lakes available in the city, for example, Hipparga Lake (which migratory birds visit every now and then) and Kambar Lake. Sayed Bukhar Ali shah baba Dargah is situated beside Kambar Lake. Bhui Kot Castle was built in the 15th century under the Bahamani period. People from different cities still visit this castle due to its architecture. Mahatma Gandhi National Zoo is the only zoo in Maharashtra with Asiatic Lion. Other animals like coloured peacock, deer, leopards, monkeys and can also be seen in the zoo.

Places to Visit in Solapur 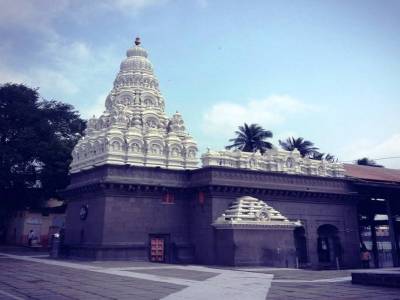 There are many temples in India but very few are equally attractive as a pilgrimage site and as a scenic wonder. Shri Siddheshwar Temple is one of such pilgrimages shrine in Solapur District of Maharashtra