One of the most historic places in India, this town can be traced back to the Rig Vedic age as it has been mentioned numerous times in the Ramayana and Mahabharata epics and its connection with the Hindu culture. Being the birthplace of Lord Ram, Ayodhya has a huge number of temples built throughout it. It is also considered as the origin of various Hindu temples across India. There are a variety of temples located in Ayodhya which are older than the days of the Kings and Queens, and devotees come from across the globe during their pilgrimage trip to visit these ancient temples. Located in Uttar Pradesh, Ayodhya falls on the banks of river Saryu and is well connected to Faizabad, the nearest city. Being on the northern plains, the temperature can reach quite high during the summers. Thus it is advised to visit the town during the winter season.

There are many famous places in the town, especially the Ram Janmabhoomi, where Lord Ram has been believed to spend much of his childhood. Some other important places are the Kala Ram Temple, Lakshman Ghat, and Kanak Bhavan Temple. These are visited by a huge number of Vaishnavite devotees who consider them as holy pilgrimage sites. The Babri Masjid was also here, which has been said to be built by the Mughal emperor Babur. In 1992, it was broken down during the riots which took place here. Another holy site is the Hanumangadhi which is situated one kilometre away from Ram Janmabhoomi. Many Jain shrines are also located in Ayodhya.

Places to Visit in Ayodhya 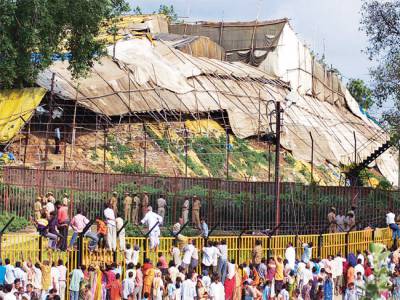 Ram Janma Bhoomi is one of the top Hindu pilgrim site in India and the Birth place of Lord Rama, located in Sarayu river in the city of Ayodhya, Uttar Pradesh. The Lord Rama is the 7th avatar of the Hindu deity Vishnu. 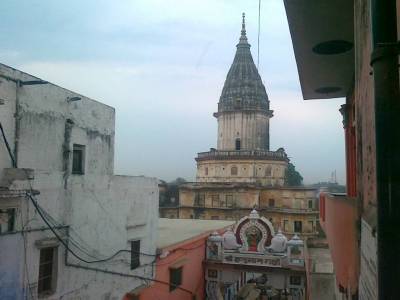 The Hanuman Garhi is temple dedicated to Lord Hanuman and situated in Ayodhya which is near 6 KM from Faizabad, Uttar Pradesh. it is believed that hanuman used to live here to protect the Janmabhoomi. 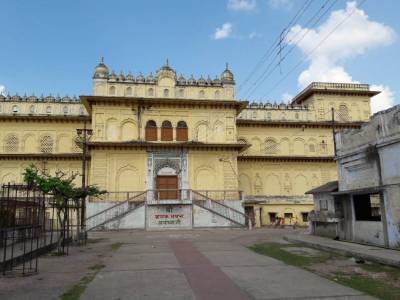 The Kanak Bhavan Temple is one of holy and sacred place in Ayodhya is situated on the right bank of Saryu river (which is also known as Ghagra), it is an interesting and attractive place to visit for pilgrimage vacations. 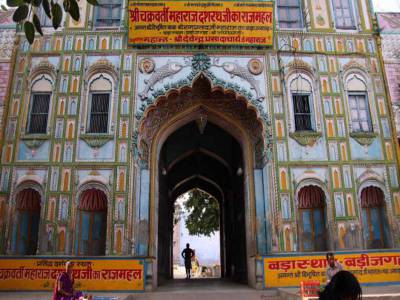 Dashrath Mahal, also called by the name of Dasharath Bhavan is situated exactly at the heart of the city of Ayodhya in the Indian state of Uttar Pradesh and is a spectacular and magnificent place to make a travel to.