Deoghar, the place stands true to its name. Being a serene and heavenly place of India, Deoghar is also known as Biadyanath Dham or Baba Dham. It's a celestial home of Lord Shiva, the ancient and most-worshiped Hindu Lord. And thus, Deoghar has been considered as one of the most sacred pilgrimage sites of India. It is one of the very few places in India where the bhakts can enjoy a heavenly site of jyotirlinga and shaktipeeth lying side by side at the same place.

The Shiva Mandir (temple of lord Shiva) is the most important temples among all the temples in the courtyard. It's not only a heavenly site to experience, but also a home to history and glory of the past years. According to the popular belief, the temples have been built by Puran Mal, an ancestor of Gidhhour's maharaja in the year 1596. Every year, between July and August millions of devotees visit this place. They believe this is the most holy time of the year and they fondly called it Sawan. During this time, a line of pilgrim in saffron-dyed attire stretches over the full 105 km. and that is how it becomes the longest and the one of biggest Melas of the Asia.

Places to Visit in Deoghar

Among the twelve sacred pillars of light that signifies the emergence of Lord Shiva on the face of the earth, every one of these has a different power or a different form of blessings of the lord that is believed to be the ultimatum for any and every kind of worries of the devote.... 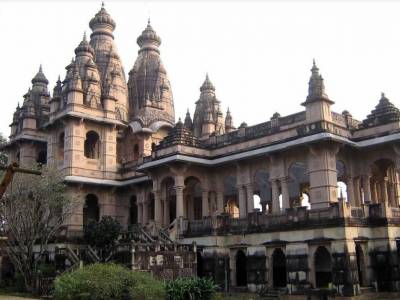 The Nau Lakha Mandir is one of the major attractions of Deoghar and located about 2 KM from the city and about 3 KM from the famous Baba Baidyanath Jyotirlinga Temple. 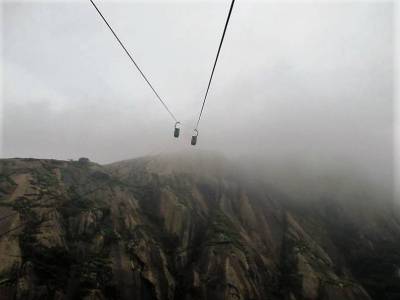 Trikut Hill in Jharkand is famous as the only destination in the state to have rope way cable car facilities for providing amazing views and sights from its altitude. It is also the spot for the origin of the Mayurakshi River flowing through West Bengal.