Erode; located in Tamil Nadu (a state in India) is a city with two water sources. The name of the city was also derived from the Tamil Phrase 'Eru Odai' which literally means two streams. The streams passing through the city are Perumpallam and Kalingarayan Canal. According to the Indian mythology, Erode also means 'Wet Skull' in Tamil. Various reigns ruled the Erode region throughout the years- Cheras, Kalabhras, Pandyas, Rashtrakutas, Cholas, Delhi Sultanate, Vijaynagara Empire and more famous reigns fought over the Kongu Nadu region, now known as Erode. Erode was also ruled by the British East India Company till Indian gained independence in the year 1947.

Erode is also famous amongst the tourist for the temples present in the city, even the tourists who are on pilgrimage tours add the city in the list of cities to visit as the famous Thindal Murugan Temple is located 6 kilometres away from the city. Even the Periya Mariamman Temple located at the top of a hill at the banks of the river Kaveri is also located near the city. Other famous tourist destination sites in the city are Sangameswarar Temple, Thanthai Periyar Memorial House, Sankagiri Fort and Vellode Birds Sanctuary.

Places to Visit in Erode 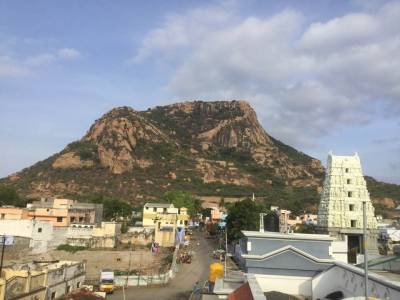 The Sankagiri Fort lies at a distance of 42 km from the city of Salem, in Tamil Nadu. The fort has no entry fees and hours of operation are from sunrise to sunset.