The historic city of Gwalior is situated in Madhya Pradesh, a central Indian state. The city is full of palaces, fort, age old temples and many other monuments built by the various rulers who once ruled over the state at different period of time. A visit to the Gwalior fort is a must. Build on the hillocks overlooking the city, the Gwalior fort stands with all its grandeur and rich history. The fort is known as the Gibraltar of India and has many magnificent palaces and monuments. The beautiful Man Mandir Palace built by Man Singh Tomar of the Tomar dynasty deserves special mention. The Ghaus’s Tomb enclave depicting the extravagant Mughal architecture is the burial sites of Ghaus Mohammed, a 16th century Sufi saint and his disciple Tansen, the greatest Indian musician in the court of Akbar. Presently, the Tansen Music Festival is held at this site. The tomb of Rani Laxmi Bai, one of the most prominent leaders of the 1857 revolt is also situated at Gwalior. The marvellous Jai Vilas Palace of the Scindia Dynasty, Gujri Mahal and State Museum are notable tourist spot.

Gwalior is also known to be the ancient site of Jain worship. There are series of caves or rock-cut sculptures of Jain beliefs. Huge Jain statues are also carved on the walls of the fort. Other remarkable places of worship are the Sas Bahu Mandir, Data Band Chor Gurudwara, Sanatana Dharma Mandir and Achaleshwara. The city is well connected by roads and railways. It has its own airport having provisions for only domestic flights.

Places to Visit in Gwalior 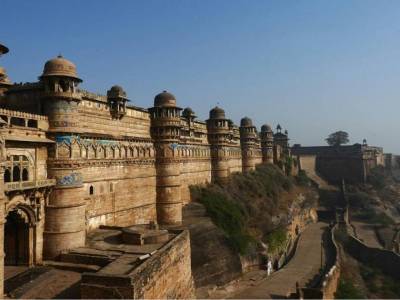 Gwalior Fort is one of the most impressive Forts in India. Main attractions of the fort are Mansingh Palace, built in 16th century with its elaborate structures including Sheesh Mahal, Queens Apartments, Dancing Floor, Recreational paraphernalia etc. 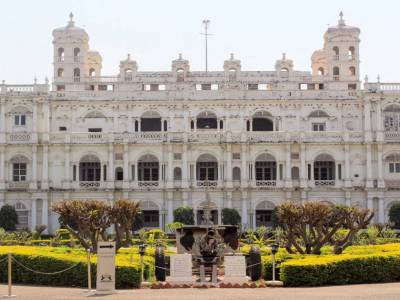 Jai Vilas Palace is superb regal home was set up by the Maharaja of Gwalior Jayajirao Scindia, in 1874 CE. The illustrious home incorporates a great blend of Corinthians, Italian and Tuscan styles of plan. 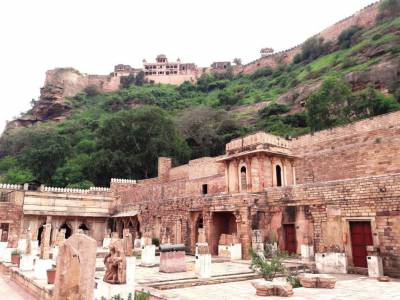 Gwalior has been an important historical place for many centuries. The fort was established by the Tomars which later passed on to the Mughals, Marathas, the British and the Scindias. At present, Gujari Mahal has been converted into State Archaeological Museum housing many ancien.... 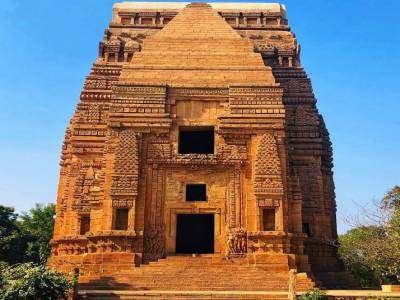 Teli Ka Mandir is an ancient Hindu temple in the city of Gwalior in the Indian state of Madhya Pradesh.