Mysore, also known as Mysuru, is a city located in Chamundi hills in Karnataka, a state in India. It is located 145.2 km away from Bangalore (also known as Bengaluru), the capital of Karnataka. Mysore is known for its history, as the city was known as 'Kingdom of Mysore' from 1399 to 1956 (for 6 centuries). The kingdom was ruled by the Wadiyar Dynasty. Hyder Ali and Tipu Sultan also ruled the kingdom for a brief period during which Tipu Sultan encouraged the growth of Mysore silk industry by introducing new system. The Wadiyar dynasty was known for their art and culture which helped in increasing the growth of the city and the state, which is why Mysore is known as the Cultural Capital of Karnataka.

The art and culture of Mysore include paintings, heritage structures such as palaces, temples and many more. and Mysore Dasara. Mysore Dasara is one of the major festivals celebrated grandly in Mysore for 10 days, starting from Navaratri to Vijayadashami. The Brand Mysore is very famous in the market, such as Mysore Masala Dosa, Mysore Sandal Soap, Mysore Peta (traditional silk turban), Mysore silk (sarees), Mysore ink and Mysore Pak (a sweet dish). Apart from the cultural industry, tourism is also one of the major industries in Mysore.

Places to Visit in Mysore 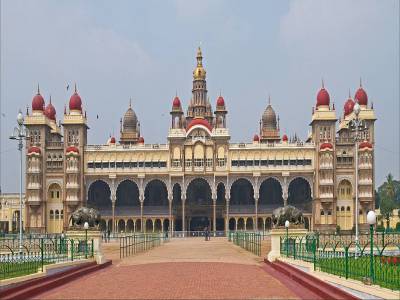 The Mysore Maharaja Palace is truly majestic and the most important attraction in Mysore. The surrounding of the palace are large gardens and there is good view of the architecture of the palace. The Mysore palace is blends together with Hindu, Muslim and Gothic styles of archite.... 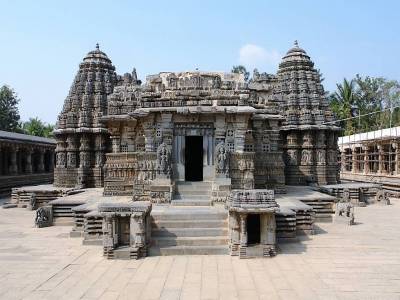 Although the deities of the Somnathpur Temple is no more in a condition for worshipping as the idols have broken due to the invasion of the Muslim armies, still the temple with its mighty and mind-blowing architectural stand catches the attention of one and all. 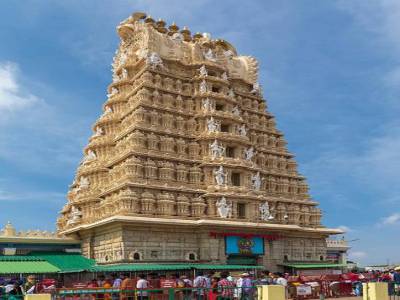 Sri Chamundeshwari Temple is situated on the top of Chamundi Hills, which is 13 km from the city of Mysore, Karnataka. This temple bears great religious importance as well as massive mythological significance.