Panchmahal is a district in the eastern side of the state of Gujarat in India. The name is derived from the word ‘panch’ meaning five and ‘mahal’ meaning talukas or sub-divisions. It was formed after Maharaja Jivajirao Scindia of Gwalior transferred five sub-divisions namely, Godhra, Dahod, Halol, Kalol and Jhalod to the British in 1861. Presently the district consists of seven talukas, which are Godhra, Halol, Kalol, Jambughora, Shahera, Morva Hadaf and Goghamba. The district is full of archaeological, historical and religious sites thus making it a popular tourist destination. The Champaner–Pavagadh Archaeological Park deserves special mention as it is listed under UNESCO World Heritage site. It has an archaeological site from the chalcolithic period. The place also has a fort of an early Hindu state which was later captured by Muslim rulers and remains of many palaces, well-structured gates, tombs, mosque, residential buildings and water installations like tank and step wells. The Jami Masjid is an impressive structure with intricate Indo–Islamic architecture.

The Kalika Mata Temple on the rugged hill top of the Pavagadh Hill is an important Hindu shrine and is visited by many. Hathni Mata waterfall surrounded by green hills with flowers and flora is a spectacular site to experience the natural beauty. Other religious sites like the Jain temple, Zand Hanuman Temple, Sadanshah Pir Dargah, Nagina Masjid, Shehar ki Masjid are also popular among the pilgrims of different religions and also to the tourist visiting.

Places to Visit in Panchmahal 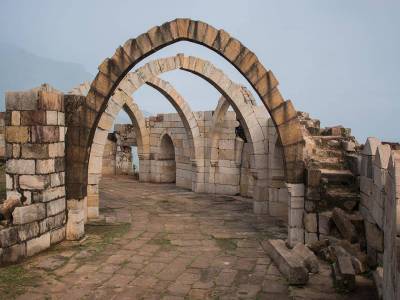 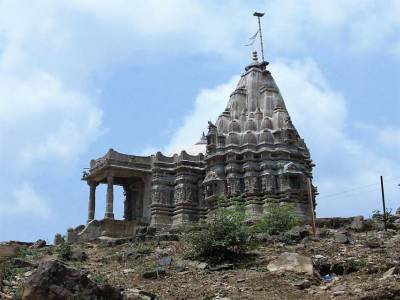 The temples are omnipresent in the Indian sub-continent. Whether you are trekking though the snowy mountains or losing your way in a sandstorm, you will most definitely find a temple there. There is one such adventurous temple in Gujarat and it is called the Kalika Mata Temple. I....