Situated in Rajasthan Pushkar is famous for its exhibitions and fairs. It is well known for its Pushkar Camel Festival where more than 50,000 camels are gathered for parade and many other cattle are also part of this fair. It is a five-day festival where a variety of culture is showcased and tourists from different countries travel to this city, especially for the Pushkar Camel Fair. Since multiple Gurudwaras are situated here, Pushkar is also considered as a sacred pilgrimage site for the Sikhs across the country. These gurudwaras are dedicated to Guru Nanak and Guru Gobind Singh.

Apart from Gurudwaras, there are many temples in this city. For example, Brahma Temple is very famous in the city. This temple is considered as the holy trinity Hinduism. Savitri Temple, Sri Sawaj Bhoj Temple, Gautama Maharishi Temple, Paap Mochani Gayatri, Atpateshvar Mahadev Temple, Varsha Temple and other temples are located in this city. According to the legends and history, Pushkar was mentioned in both Ramayana and Mahabharat, which is why this city is considered as a sacred pilgrimage city. As Savitri Temple is situated on the top of a mountain, many people hike towards the temple apart from taking ropeways. Hot air balloon rides are also organised throughout the year.

Places to Visit in Pushkar 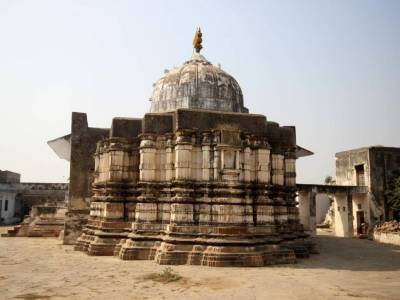 The Varaha Temple is an ancient temple, dedicated to Lord Varaha incarnation of Lord Vishnu in the form of wild boar. The Varaha Temple was built by King Anaji Chauhan in 12th century and situated in the city of Pushkar, Rajasthan. 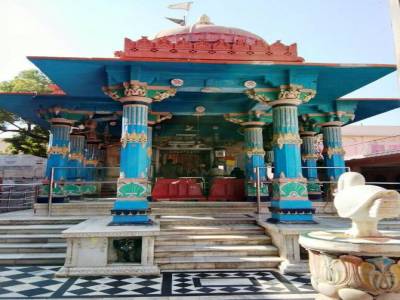 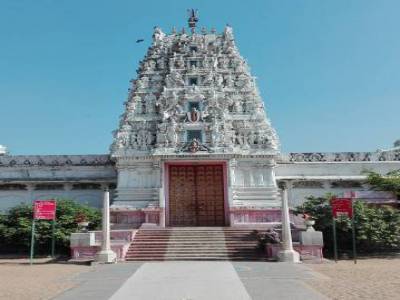 Rangji temple is a famous temples located in Pushkar. This temple is dedicated to Lord Rangji, a form of none other than Lord Vishnu himself. This temple was built in the year 182 by Seth Puran Mal Ganeriwal who belonged from Hyderabad. 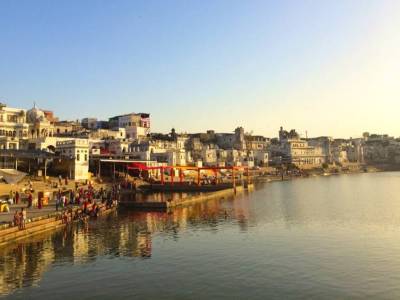 Pushkar Lake is a complex of 3 lakes which are said to have originated due to divine intervention and are considered extremely holy and sacred in the Hindu school of philosophy. The lakes are an important venue of pilgrimage and many people visit annually to take a dip in the lak.... 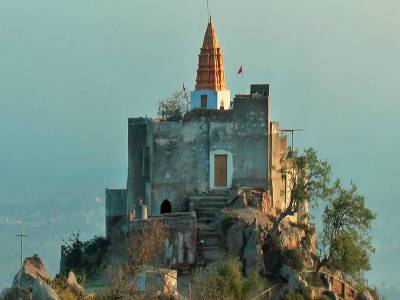 Savitri Temple is the temple dedicated to the first and original wife of Lord Bramha who was infuriated by the latter’s audacity to replace her with a mere mortal at an important ceremony and cursed Bramha that he would never be worshipped beyond Pushkar. The temple, situated o....