Raichur town is in the Raipur district in the state of Karnataka in India. The town is located between Krishna and Tungabhadra River. The place has a rich historical significance as various empires had set their dominance in this region. Raichur town is famous for the Raichur fort located on a hilltop. There are stone inscriptions written in Persian, Urdu and Arabic belonged to the bastion of the fort. The fort was built in 1294 CE by the Kakatiya King Rudra. Old temples and irrigation tanks are found in the ruins of the fort.

Ek Minar ki Masjid is another major attraction in Raichur. This mosque was built in Persian architectural style. It comprises of two stories 20m high minarets. A panoramic view of the town can be enjoyed from the roof of the mosque. Jami Masjid is one of the biggest and extravagant mosques of the town. This beautiful structure has two entrance and six massive pillars. The cemetery of the Adil Shahi dynasty, an ancient palace and a fort can also be seen near the Jami Masjid. Nearby places like Anegundi which is famous for various religious places and Bellary can also be visited while on a trip to Raichur.

Places to Visit in Raichur 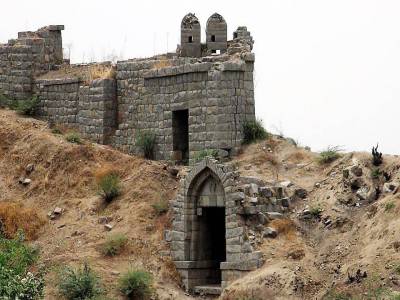 Constructed in the year 1294 CE the Raichur fort is quite a unique fort and one of its kind in the sense that it reflects a harmonious blend of both Hindu and Muslim influence making it a must visit one for travelers and tourists.