Tikamgarh is a district in Madhya Pradesh, India. Earlier the district was known as Tihri. It was later renamed by Vikramajit, the ruler of Orchha. This district is well known for its history and culture under the state called Orchha State. This state was founded by Rudra Pratap Singh in 1501, who also built the Fort of Orchha situated in this district. The Chaturbhuj Temple and Raj Mandir were also built during the same time.

Apart from these two temples, Orchha or Tikamragh is also known as the city of temples. Many temples like Ramara Temple, Lakshmi Temple, Kundeshwar Temple (Lord Shiva Temple), Paporaji Temple (a famous Jain Temple). Haridas Temple (Lord Rama Temple), Pratapeshwar Mahadev (Lord Shiva temple alongside a lake) and many other temples are located in this district. Badagaon, a town in Tikamgarh district, is famous for Dhasan River and for Jain temple, Hanuman temple and Lord Shiva temple. People who want to learn the history of the district and the realm of the Kings and Queen of India would love the historic Jain Pilgrimage centres of Aharji & Paporaji which is located in this district. The centre helps us understand how the Tikamgarh district evolved over the years from Tihri.

Places to Visit in Tikamgarh 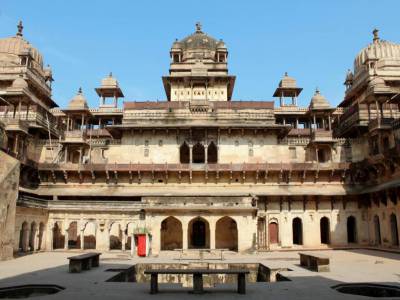 In an evening, when the sun is setting down, if someone could visit the palace, in no doubt they will witness the most beautiful scene ever. 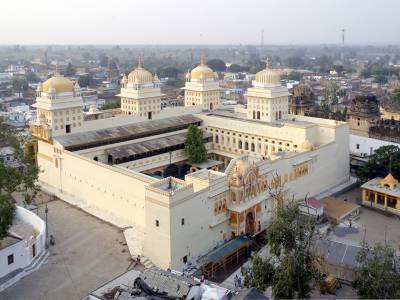 The Ram Raja Temple in Orchha holds a very great religious and mythological value and hence people from nearby try to visit this auspicious place. 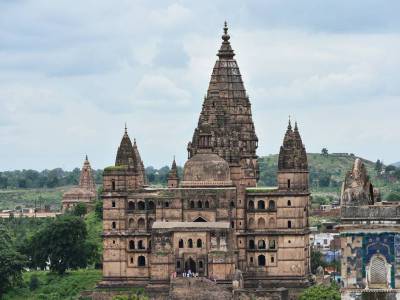 Chaturbhuj temple roughly translates to 'four arms' and it is a multi-storyed temple which resembles a fort as well as a palace. Radha and Krishna are worshipped as the chief deities in Chaturbhuj. The temple was built in the 16th century by the Bundela Rajputs. 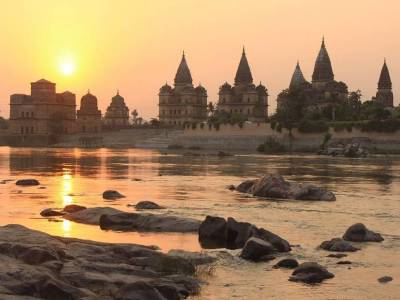 Orchha fort is a huge fortress built by the Bundela Rajput in 17th century near Betwa River and located in Tikamgarh District of Madhya Pradesh, India. 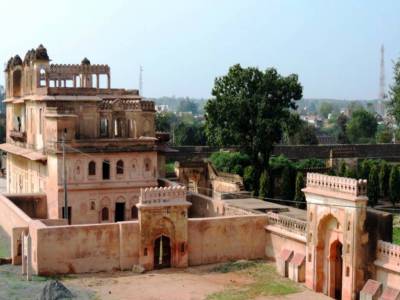 History is afire with stories of uncelebrated love that was perceived as immoral in society and the defiant courtesan has found portrayal through various celluloid depictions as a manifestation of unrequited love.