Unakoti district is in Tripura, a north east state of India. The administrative headquarters is in the city of Kailashahar. The district has a lot of archaeological and religious sites along with its magnificent scenic view. Unakoti Heritage Site, built in 7th–9th century is a Shaivites (follower of Lord Shiva) pilgrimage site with several rock-cut carvings and stone idols of gods and goddesses. Unakoti in Bengali means one less than a crore is believed to be number of idols present at the site. There is even a mythological story regarding the presence of the rock–cut carvings. The most prominent among these are the central Shiva head and the massive structure of Ganesha.

Bhabatarini Mandir in Kumarghat and Kailashahar, Laxmi Narayan Temple, and Chaturdas Devta Mandir are some of the temple sites in the district holding great religious significance to the devotees. Udayan Buddha Bihar at Pecharthal has an attractive metal statue of Lord Buddha and is visited by many. 9 kms from Kailashahar is the swampy area of Soteromiar Hawor. Two streams, Jarail Cherra and Bagua Cherra fed the land with its water. Flocks of migratory birds visiting this place in the winter are a sight to behold for nature and bird lovers. Kailashahar is well connected with Agartala, the state capital and other major north eastern cities by roads.

Places to Visit in Unakoti 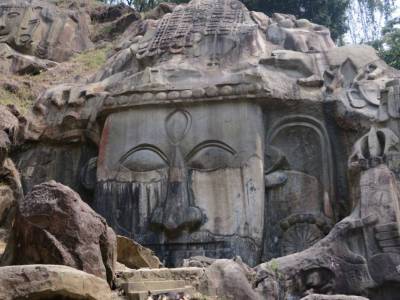 The Unokotiswara Kal Bhairava (Shiva), located in the Unakoti subdivision, a mere 8 kms away from the nearest town Kailashahar. 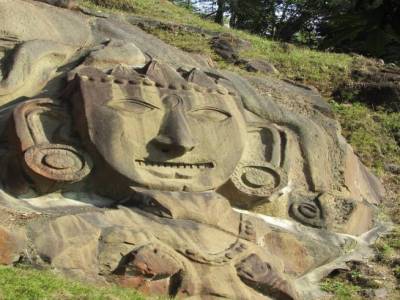 The Unakoti Hill is located in the Unakoti City and is about 8 kilometer away from the nearest town Kailashahar of Tripura.