The third biggest city in the state of Gujrat is Vadodra. The city was earlier named as Baroda. Vadodara is a crowded city having a population of around 1.82 million people as per the census data of the year 2011. Vadodara is greatly admired by tourists and every year a huge number of people visit the place to explore the beautiful city and its magnificent tourist attractions. The Lakshmi Vilas Palace located in the city is a must to watch place for tourists coming from a long way.

The city is a significant place in industrial, educational, and cultural terms. There are several industries running successfully in Vadodara and they are known as the power house of businesses. The climate of the city is usually dry except in the monsoon season. Festivals such as Ganesh Chaturthi and Uttarayan are celebrated with great fervor and excitement in Vadodara. Many people involve in the festivities. Tourists who are planning to visit the place have a lot of options to go for. Palaces such as Pratap Vilas Palace and Makarpura place are well and truly amazing. Besides this, Sayaji Baug, Maharaja Fateh Singh Museum, Hathni Mata Waterfall, Sursagar Lake, Dabhoi and Jubilee Garden are some of the great places to be explored in Vadodara.

Places to Visit in Vadodara 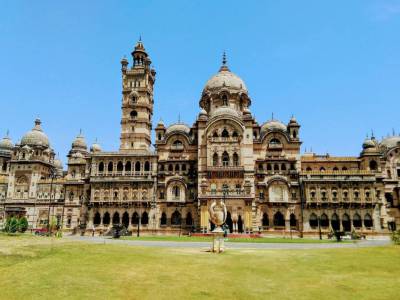 Built in the year 1890, Laxmi Vilas Palace is located in Vadodara, in the Indian state of Gujarat. This palace is known for providing the best hospitality to its customers and is 4 times larger than the Buckingham Palace.