Visakhapatnam, also known as Vizag, is located in the Indian state of Andhra Pradesh. This city is well known for its beaches and is considered as one of the major tourist destinations in India. Vizag is also known as the 'City of Destiny' and 'The Jewel of East Coast'. 'Dolphin's Nose' is also famous in Vizag. Due to the beach waves the water formed the rocks into the shape of Dolphin's nose, hence the name. Many Bollywood and Tollywood songs were shot in Araku Valley in Vizag which is known for its scenic view. Lord Narasimha statue carved into the stone at Simhachalam Temple is one of the most beautiful stone carvings in Andhra Pradesh.

There are many tourist attractions in the city, for example, Kailash Giri is a hilltop where you can view the entire seacoast along with Dolphin's nose. Few of the most famous shopping centres are located in Jagadamba Junction. It was named after one of India's best auditoriums for movies named Jagadamba. Kambalakonda Sanctuary is a nature reserve with hiking and camping trails for visitors with a scenic ocean view. People who are interested in machinery, ships and history would love the Naval and Submarine Museum located in the city.

Places to Visit in Visakhapatnam 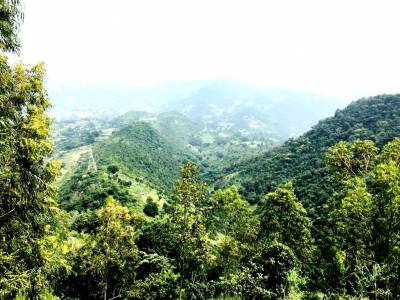 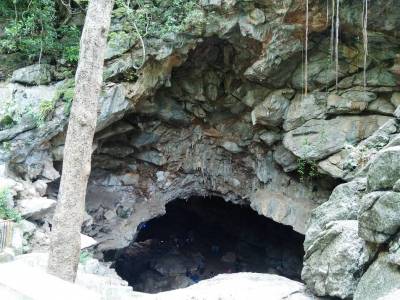 Borra caves are 150 million year old natural structures, formed when water flowing over limestone cliffs bored into the rocks, and carved out caves. The place has been developed tastefully into a tourist destination and artificial lighting arrangement inside. 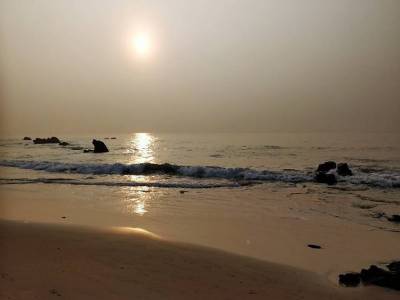 With the RK beach fast converting into a hotspot for the rich and affluent and common masses alike, some delightfully premium ice cream parlours have started shop on the prime location of the beach itself. The RK beach indeed is indeed a splendid and a spectacular one. 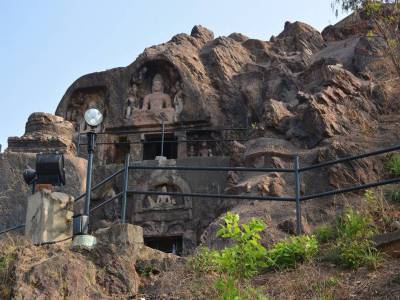 In a small village named Sankaam, the Bojjannakonda is located. Mainly known for its aesthetic appearance and religious importance, this place attracts tourists and devotees all over the world. 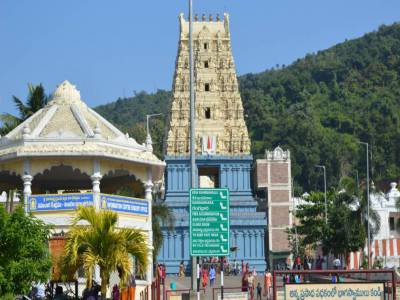 The Simhachalam temple faces the largest footfalls during Akshay Trithiya, when the sandalwood paste is removed from the deity around 4 am, and the ceremony lasts till 6am. Devotees around the world come on this day to take a glimpse of the deity.