Bidar is a city in the state of Karnataka in South India. Bidar is rich in historical, archaeological and religious places. It has a prominent place in the archaeological map of India. The ancient Bidar fort was built in 1427 by Sultan Alla–uddin Bahaman of Bahamanid Dynasty along with many other monuments and structures. It attracts historical enthusiasts to visit the site. The ancient Karez system has been discovered. It is an underground network of water supply, built in the 15th century to provide water for the inhabitants.

Gurunanak Jhira is a Gurudwara which is famous for its legends related to Guru Nanak. It has made it one of the holiest shrines of the Sikhs. Papnash Shiva Temple is another religious site in Bidar. This place has its mention in the Hindu mythology and is an important religious site of the Hindus. ‘Papnash’ is the name of the natural spring that flows into a pond near the temple. The thrilling journey to the Narshimha Jhira Water Cave Temple excites both pilgrims and adventure seekers. Other notable tourist destinations at Bidar are Veerbhadreswar Jatra, Manikprabhi Temple, Dev Dev Vana and Chidambara Ashram. Bidar is well connected by roads and railways.

Places to Visit in Bidar 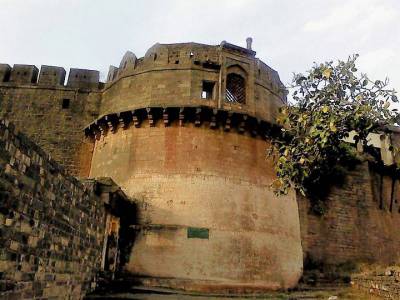 Basavakalyan fort, a renowned historical fort of India located in the Bidar district is a breeding ground for insights and exploration. The fort is homage to the Chalukyas dynasty who had a decorated history here carved in this very fort. 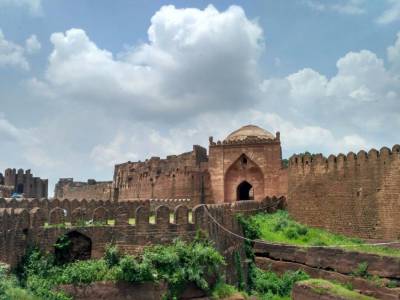 The Bidar fort was built during the reign of Bahmani Empire in the 15 Century. The fort is built up of red laterite stone. It acted as a great strategic fort for whoever was in charge of it at different times.