The district of Bikaner is one of the western divisions of the Indian Desert State of Rajasthan. The arid climate, the sandy terrain, the ethnic regality and the history of this land makes the region one of the top tourist destinations in Rajasthan. The main place to visit in the district is of course the district capital, the Bikaner City. This historic city was founded by the Rathores of the Rajput Clans. In the medieval time this city was the oasis on the trade route to Arabia. The communication in the district is quite lucid because of the presence of the one of the oldest railway junctions in the country, the Bikaner Railway Station. The Nal Airport is a domestic civil air base and the roads linking Bikaner with other places are very much accessible.

The places to visit in Bikaner are variant and wondrous. The desert fortresses namely the Junagarh Fort and the Rao Bikaji’s Fort are quite famous. Other notable mentions are the Laxmi Niwas Palace Hotel, the Mukam Bishnoi Temple, the Karni Mata Temple and the National Research Centre on Camels. Enjoying the delicious GI tagged Bikaner Bhujia and participating in the International Camel Festival are the most popular tourist activities here.

Places to Visit in Bikaner 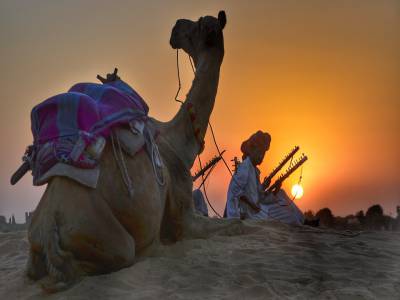 People from all across the country and from abroad also come here to enjoy the camel rides on the Great Thar Desert. For enjoying real Rajasthani feel and to relive the regality you must definitely opt for it. 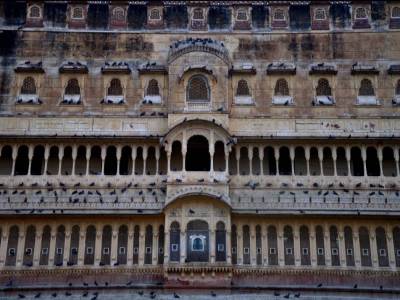 Junagarh fort in Bikaner is one of the most beautiful and well maintained Fort in Rajasthan. The fort was built by Raja Jai Singh in 1534, the beautiful construction intricate designs on red stone and marble are amazing and the Badal Mahal and Rang Mahal are the most beautiful ha.... 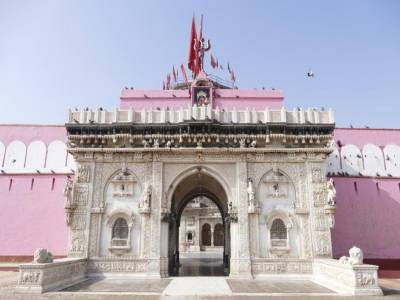 The Karni Mata Temple, dedicated to Goddess Karni Mata, is known a rat temple and located in Deshnok town of Bikaner. The Karni Mata Temple is only temple in the world where are hundreds of rats in temple premises running around and devotees offer prayers to the deity as well as .... 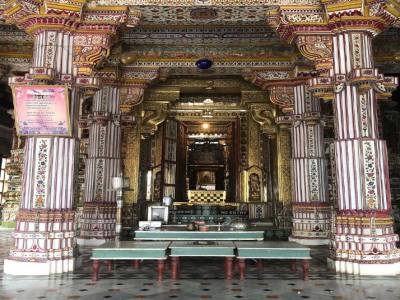 Located in Bikaner, Rajasthan, Bhandasar Jain Temple is famous for being a temple made with pure ghee instead of water. Ghee along with several pieces of mirrors was used to build this temple in the 15th century AD. It is a beautiful temple. 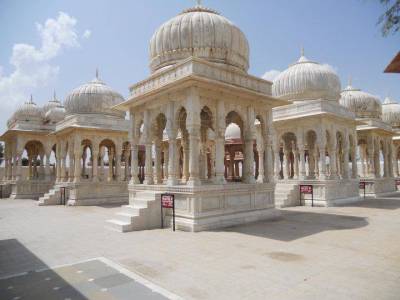 Devi Kund Sagar is a crematorium of the royal families of the Bikaji ruler. It is located in Bikaner, Rajasthan, where the cenotaphs (also known as Chattris locally) are made with white marble and red sandstone with inscriptions on top of the cenotaph. 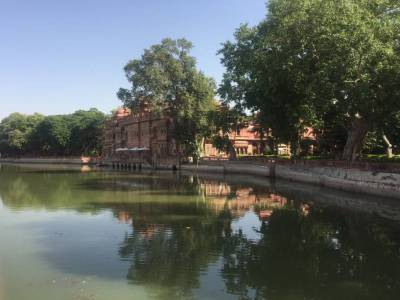 Gajner Lake is an artificial lake located in Bikaner, Rajasthan. This lake is a part of the famous Gajner Palace which has been turned into a luxury hotel in the city. The lake and the Palace are covered with thick forest and mountains. 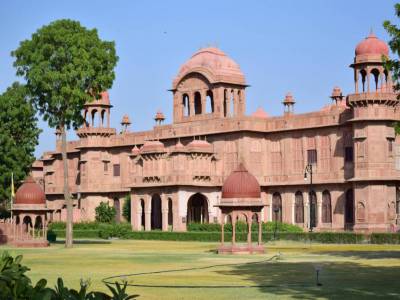 Lalgarh Palace is a heritage hotel located in Bikaner, Rajasthan. This palace was built according to the Indo-Saracenic architecture style.