Jhalawar is a district in the state of Rajasthan in western India. It was under the princely state of Jhalawar before the Independence of India. The district headquarters is in the histororic city of Jhalawar. Jhalara Patan near the city of Jhalawar is an enclosed township with several temples built on the banks of the River Chandrabhaga. It is also known as the ‘city of temple bells’. The magnificent temples are built in the beautiful Kota style of art.

The Jhalawar fort built in the 19th century is a masterpiece of the Rajputana style of art. The walls of the fort are ornamented with exclusive paintings. The government museum at Jhalawar is one of the oldest in Rajasthan and has a collection of exclusive statues and sculptures of goddesses, century old manuscripts and artefacts. Bhawani Natya Sthala was built in order to promote the art of theatre and culture. Many theatre shows are still being organised there to revive the lost grandeur of the place. The glistening water of the Bhimasagar Dam and green surroundings made it a popular picnic spot. The Gagron fort in the Jhalawar district depicts the royal saga of its rulers through the Rajasthani style of architecture and gives a panoramic view of the nearby landscape. Jhalawar is only connected to other neighbouring cities by roadways.

Places to Visit in Jhalawar 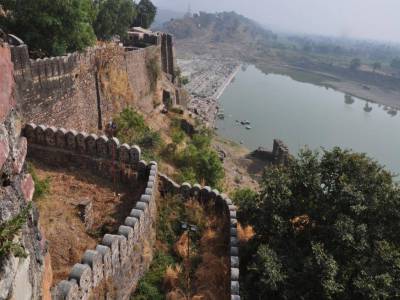 Rajasthan, the desert state of India is also popularly called the land of forts because of the presence of innumerable mighty fortresses in this region. Gagron Fort is one of then and a beautiful fort which is a combination of a hill as well as a water fort and is listed in UNESC.... 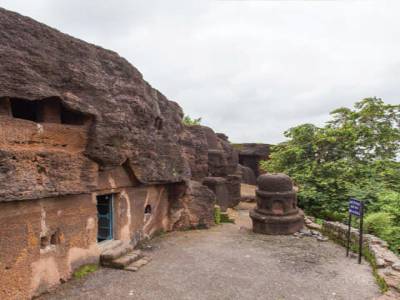 Kolvi Caves in Jhalawar is a Buddhist place has stupas, chaitya comprising figures of Buddha. These caves are quite scintillating indeed.