Shimoga district is in Karnataka, a state in India. The district is full of natural beauties like rivers, waterfalls, hill station on the lap of beautiful mountain range and dense forest. It is also known for many temples and important river dams. Shivamoga is famous for India’s second highest plunge waterfall, Jog Fall. The Sharavathi River gushes down in four different cascades forming the beautiful Jog Fall. It is a major tourist attraction in this district. The Linganamakki Dam built across the River Sharavathi has a splendid view. The other falls in this district are the Kunchikal Falls, Barkana Falls, Achakanya Falls, Vanake–Abbey Falls, Hidlamane Falls and Dabbe Falls.

Bhadra Dam built across the Bhadra River and Gajanur Dam built across the Tunga River are the two important dams in this district. The lush green surroundings offer a spectacular sight. The hill station at Agumbe is known as Cherrapunji of South India. It is renowned for its impressive sunset view. Other hill stations like Kaveladurga, Kodachadri and Kundadri have their own charm. The Shivappa Nayaka Palace in Shimoga city, Chandragutti fort near Balligavi, Lakshminarasimha Temple and 11th century built Jain pilgrimage place in Humsa are all part of the rich cultural and historical evidence in this district. Shimoga is well connected by roads. The limited train service runs only to and from Bangalore and Mysore.

Places to Visit in Shimoga 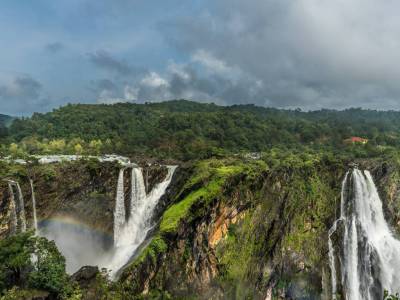 The Jog Falls are ideally visited on the way to or from Gokarna as it is closer to Gokarna than Bangalore. The Jog Falls, due to its lack of proximity from popular settlements is still largely scarce except for when its reserves are swollen during the monsoon season. 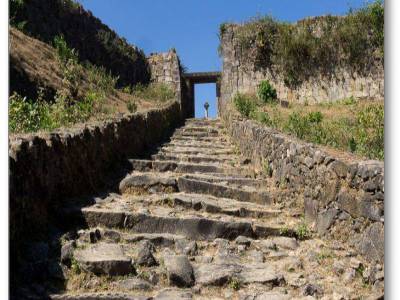 Kavaledurga fort is an ancient castle located in the Shimoga region of Karnataka. This historical fortress is an epitome of indigenous antiquity that had flourished during the prosperous Southern India rule. 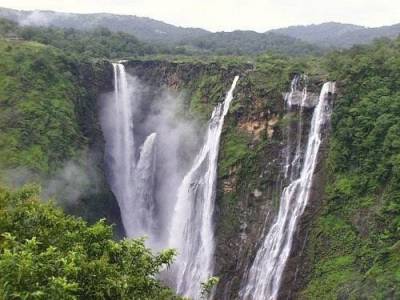 Kunchikal Falls is situated in Mashthikatte-Hulikal border in Nidagodu village, which is the border of Shimoga-Udupi, Karnataka. River Varahi forms the waterfall. The river flows swiftly over the rocky boulders close to a temple, Hulikal Ghati.