Sundargarh district, located in Odisha was created after merging the two states named Gangpur and Bonai. The district is one of the most beautiful places of Odisha. It is the second largest in terms of area in Odisha. Almost 50% of its total area is covered by forests. The district has a huge mining potential and so several colorful tribes reside there. The place is huge, widely open, with vast trees and contains beautiful and large river valleys and mountains around. Some of the most popular rivers of the district are koel, Brahmani, etc.

Talking about the season and the climate, the summers of this district are extremely hot and the winters are exceedingly cold. The rainfall activity is generally normal in Sundargarh. There are several festivals celebrated with grandeur in Sundargarh. Tourists who are planning to visit the place can enjoy festivities such as Rath Yatra, Rama Navami, Nama Sankirtana, and Nuakhai. In the Nama Sankirtana festival, devotees worship Lord Krishna and Lord Rama.

It is one of the best tourist attraction places in Odisha and is visited by a large number of people every year. Other places such as Rourkela, Khandadhar, Darjeeng, Ghogar, Manikmonda, are the most popular destinations for tourists visiting Sundargarh district.

Places to Visit in Sundargarh 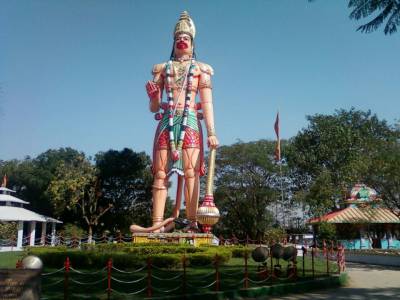 Hanuman Vatika is a garden located in Rourkela, in Odisha where the world's tallest Hanuman statue is situated. This park was inaugurated in the year 1994 and the statue built in the park is around 75 feet in height, making it the tallest Hanuman idol in the world. 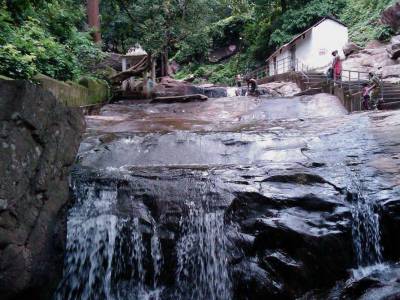 One of the most popular tourist destination sites and also a pilgrimage site in Odisha, the Harishankar Falls. It was named after the Harishankar temple located within the vicinity of the waterfall. 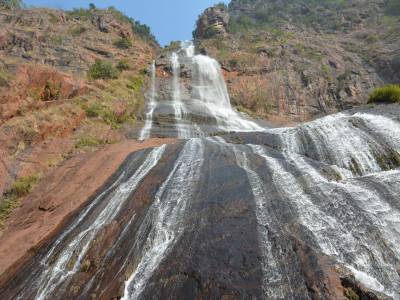 Being located in the midst of thick jungles, it is one of the most preferred destinations for tourists all across the World. Khandadhar Falls is one of the largest falls of the Odisha, India and comprises a very rich and magnificent cultural diversity.

The Vedavyas temple has a very intriguing history as it is believed that Veda Vyas wrote the great Indian epic Mahabharata sitting at that place only.