Bastar district is in Chattisgarh, a state in central India. The region has densely forested areas with wide varieties of flora and fauna, high hills, waterfalls and caves. More than 70% population is comprised of tribal people and majority of their livelihood is earned from the forest resources.

It is home to the beautiful Chitrakoot waterfall which is also known as the Niagra of India. The Tirathgarh waterfall located in the Kanger Valley of the Bastar district offers a fascinating view of nature at its best. The Kanger Valley National Park in the Kanger Valley is one of its kinds with its unique biodiversity. The dense forest is home to many endangered and commonly found species of wildlife along with the distinct collection of flora. Although many parts of the valley are still unexplored and inaccessible, there are other attractions inside the park for the adventure seekers. One of them is the Kotamsar Cave which has remains of pre-historic humans living in it. Researchers believe there are still hidden secrets inside the cave. The Dandak cave and Kailash cave are also located in the park. Architecture of the Narayanpal Temple depicts the rich cultural and historical heritage of Bastar. Jagdalpur, the district headquarter is well connected by roads and railways. The nearest airport is in Raipur, the state capital with flights to many major cities of the country.

Places to Visit in Bastar 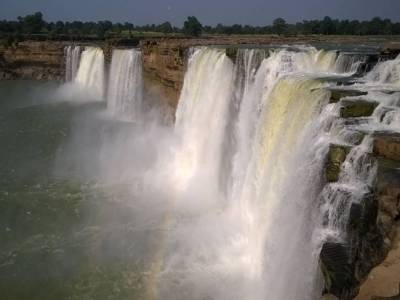 Chitrakoot Waterfalls is a natural wonder and widest fall in India, situated in Jagdalpur town in Bastar District of Chhattisgarh. The Waterfalls is a famous picnic spots among the locals and tourists. 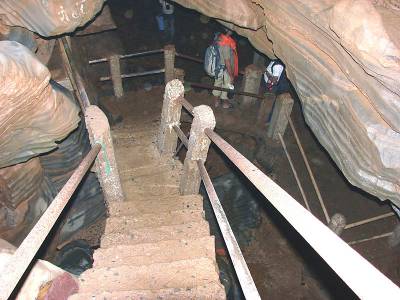 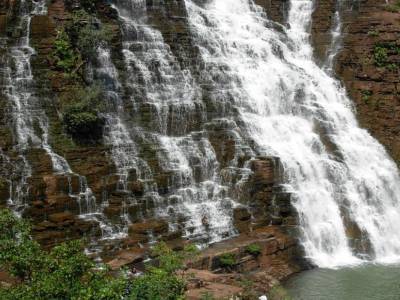 The Tirathgarh Waterfalls is one of the beautifull Falls of Chhattisgarh, falling down from a height of 91 metres in to the Kanger river, which forms the life line of Kanger Valley National Park. 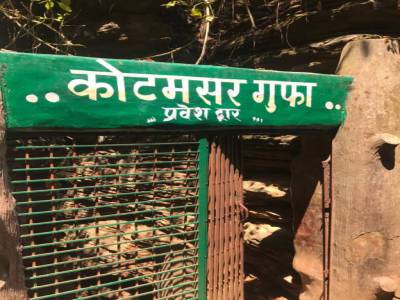 Kotumsar cave is located in Chattisgarh, India. This natural limestone cave is one of its kind. The different types of speleothems found inside the cave in various chambers adds to the mysticism of the cave. It is also known for its distinct biodiversity. 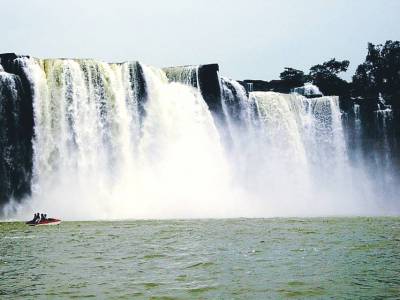 The Chitradhara Waterfall is located at a distance of about 19 km from the city of Jagdalpur. Unlike some waterfalls, Chitradhara falls down with ease and an underlying calmness, allowing visitors to explore it closely, and even take a plunge.

Dandak Caves is one of the major tourist attraction of Chhattisgarh tourism. It runs parallel to the Kanger Dhara. These caves have splendid, natural rock formations and as one steps into the caves, they are welcomed by pitch black darkness. 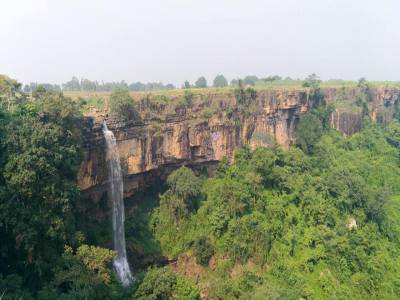 The Mendri Ghumar waterfall is 70 meters high and is located in Bastar district of Chhattisgarh. The district itself is famous for its great ancient forests and the tribal population who has lived there for thousands of years. 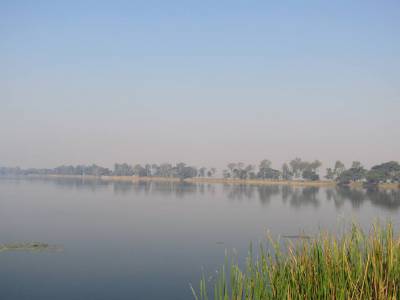 The Dalpat Sagar Lake is the favourite picnic destination for the local people as they just come here to relax on the weekends.