Bhavnagar, founded in 1724 by Bhavsinhji Gohil, is a city in Gujrat, India. It was a Princely state before becoming a part of Gujarat post-independence and Indian Union. This city or district is also known for being the world's largest ship-breaking yard and in 2009 Seawise Giant (longest ship ever built) was sailed to Bhavnagar for demolition. This port is also known for being the busiest port in India for ocean trading. Bhavnagar is also known as the cultural centre for Gujarat as many literary achievers and philosophers are from this district like Govardhan Tripathi, Kavi Kant, Narsihm Mehta and Ganga Sati.

Other cultural and spirituals sites in this district include Takhteshwar Temple (white marble temple for Lord Shiva), Shri Swaminarayan Mandir, Malnath Mahadev Temple, Nilambag Palace (now converted into a Heritage Palace hotel), Mangalsinhji Mahal Palace (designed according to the traditional Kathiawari architecture), Bhav Vilas Palace (famous for lake-side views and wildlife collection), Victoria Park (A national park under the Indian government), Barton Library (one of the oldest Library in Gujarat, also has a museum) and many more. A miniature Taj Mahal constructed purely with Marble is also located here. It is known as Ganga Deri. 'Seashore at Ghogha' was a sea-side palace for the Bhavnagar Royal Family. Now it is converted into a hotel/guesthouse for travelers and tourists.

Places to Visit in Bhavnagar 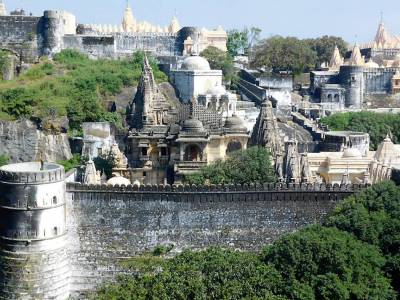 The Palitana Jainism Temples are established on the Shatrunjaya Hill in the Bhavnagar district of Gujarat. The famous Palitana Jainism temple was constructed over a period of 900 years from 11th to 12th Centuries AD. to 19th Century. 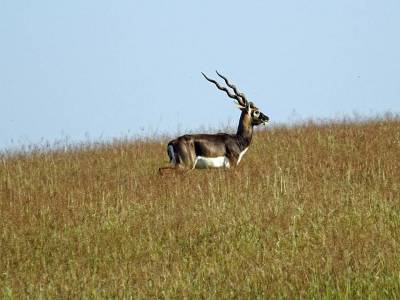 The Park is famous for its Blackbuck, which is often seen traversing the park’s enclosures. The Park is situated near Velavadar town and is quite secluded from the normal city life. The wildlife here is preserved in 38 sq. Km of the area. 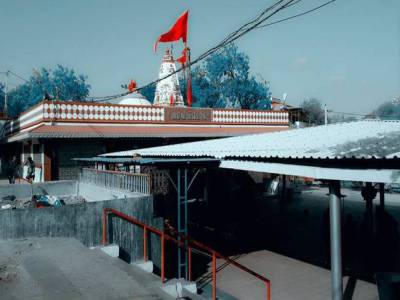 In Gujarat, the Khodiyaar Maa is the Hindu Goddess, born to Mama Ji Charan. The Khodiyaar temple is frequently visited by thousands of devotees and is a well-known tourist spot in Gujarat State. 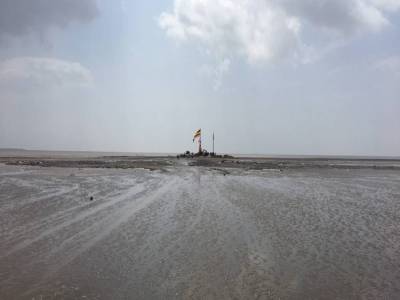 The Nishkalank Mahadev Temple is a unique temple, as it submerges in water for some time and then resurfaces. This phenomenon is due to high tide and low tide of the sea. 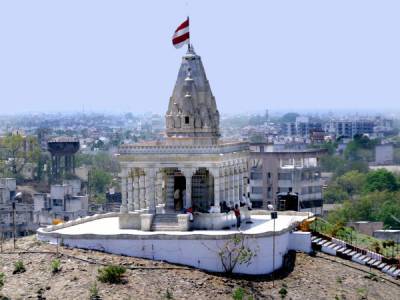 The Takhteshwar temple houses a huge deity of Lord Shiva. The temple is made entirely of marble and sits on top of a hill. The temple’s architecture highlights the excellence of that era. It is a very popular temple. 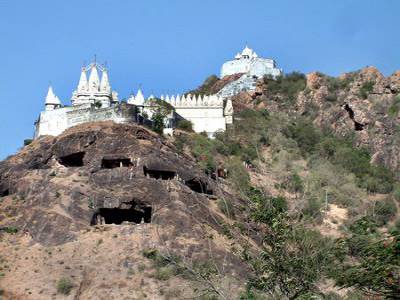 Talaja Caves, located in Bhavnagar, is a rock-cut cave carved into conical rocks. It is a unique combination of 30 caves carved according to both Jain and Buddhist culture and is one of the very oldest caves present in India.